The “Italian Association for the Culture of Quality” – AICQ – is the main non-profit organization operating in Italy in the field of quality. AICQ CentroNord is the largest of the eight Territorial Associations that constitute AICQ and that, all together, represent and cover the entire Italian territory. AICQ CentroNord is an independent, impartial and “free” organization, whose mission is to promote the culture of quality. Specifically, the mission of AICQ CentroNord is to promote, encourage and implement the study of principles and the application of technical and organizational methodologies for improving the quality of products, services and related disciplines. This includes (but not limited to) “Quality”, “Environmental”, “Health and Safety” etc. Management Systems and the related human and technical factors. AICQ CentroNord includes among its members some of the most famous national  experts on quality. This is AICQ history in brief:

Today, the commitment of AICQ CentroNord and the other Territorial Associations is stronger than ever, with the ultimate goal of promoting a true culture of quality, respectful and guarantor of all the values ​​it represents and ultimately intended as the ability for a company to compete on the market and not just to achieve a certification. 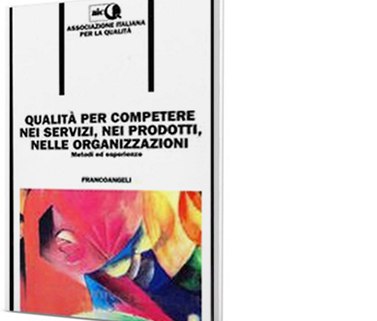